I’m strapped to a chair. I have lost the will to fight anymore. Deprived of food, water, sleep and any form of entertainment or interaction with any living creature, I was no longer able to fend them off. I barely came to, and now I have no idea what will happen next.

That’s when the torture began. The jelly beans slowly marched into the room through a tiny rat hole, one by one. They ambled over to me and began to chew at my ankles, savoring my many flavors. Or single flavor. I never chewed on my ankles before, so I’m not sure. I was too weak to stop them.

That’s when I realized something. JELLY BEANS ARE FOOD! I AM SO STUPID!

I feigned strength, hoping that I could hold on long enough for my plan to work. I pretended that they were not hurting me. They began to travel all over my body, searcing for my weak point. When one crawled into my mouth and had a nibble, I screamed my best painful scream. Anxious to finish me off, they all crawled into my mouth. However, before they ate my tounge, I DECIDED TO EAT THEM INSTEAD! YUMMY AND FREEDOM ARE AWESOME!

The following picture was drawn by my good friend Real. I debated putting this up since it’s not really poorly drawn ha ha. 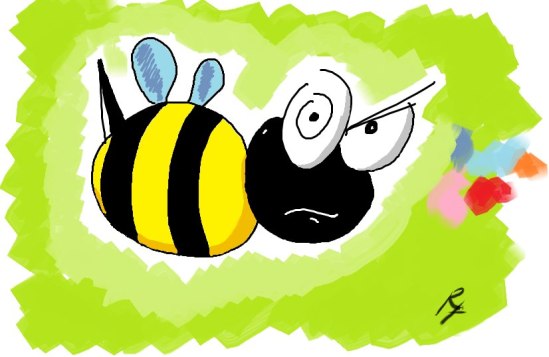 8 responses to “I’m being assaulted by jelly beans.”