I’m going to start by saying it’s not going to be from slipping on the floor or something embarrassing like that. No. This will be a bathroom death for the ages. The kind that will be remembered in song long after this era is gone.

I’ll just be sitting there doing my thing while the ceiling begins to ooze high-fructose corn syrup. You think I’d be ready for what would happen next since I had an incident at work just last year that literally started the same way. But no, I still won’t see this coming. Even though I’m telling you about this now I still won’t see it coming. I guess my foresight isn’t 20/20 like hindsight. As the ooze takes an androgynous human form, it’ll invite me for another ride into the sky. I will refuse for I’m not entirely sure that it’s not trying to kill me.

Will I die in an epic battle? No, not quite. Life is rarely that exciting, and death even more rarely so.

Actually, you know what? No spoilers.

A fashionable bee drawn by Sophie. Thanks again!

This morning on the bus to work I saw a construction worker playing with a hacky sack. He looked absolutely ridiculous. But then I thought about it for a bit:

This little bag of beads is easy to carry around, can relieve boredom during downtime, is used to play social games with others and provides a fair bit of exercise.

Maybe I should get one.

Hacky Sack design copyright 2013 because I can open up Paint and totally copyright things if Facebook has taught me anything.

I am a glass blower.

Let me tell you all about something that isn’t my daily job. I . . . I am a glass blower. But not in the way you may be accustomed to with the heat and the oh dog why am I on fire followed by the weeks in intensive care. No, no, no . . . I just find glass objects in the wild and blow on them.

Sometimes I like to find something that’s curved so that my breath will blow back into my face and I can close my eyes while pretending that I’m on a boat. Sometimes I just wanna feel the waves crash against the side of my boat, you know? Go on the seven seas looking for adventure and just find myself out in the open . . .

But enough of my infantile fantasies of being a pirate that I try to hide by omitting certain details like the robbing of cruise ships. Let’s get back to the glass blowing. Another thing that I like to do is find shards of glass from broken beer bottles and the like, crush them up in my hands and blow them out into a wind as they sparkle in the sunlight. This makes me think about how much I’d love to be some sort of magical being with the ability to blow magic dust on things to bring them to life and make them my friends.

I probably shouldn’t take this time to describe my secret desire to be a fairy though. Getting back on track here, I’ll often blow on glass buildings while I think about how it would be awesome to be able to have some sort of crazy powers that allow me to manipulate glass Magneto-style and . . . 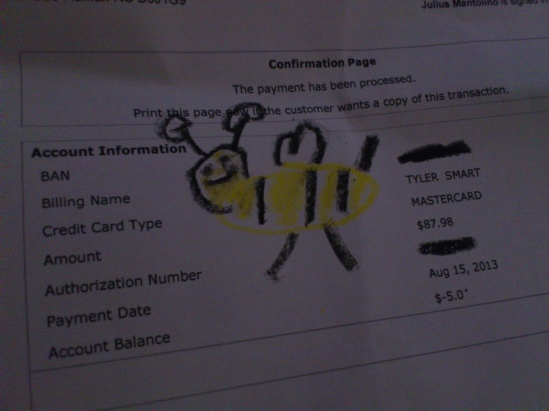 A good bee is one that pays your phone bill!

– A straw man, don’t even argue with me on this.

– A bag filled with your worthless Beanie Babies.

– A bag filled with bags.

– I could list a lot of things I could suplex if they’re in bags. Let’s just go with bags of stuff in general.

– Mythical creatures that turn into copies of anything I’ve listed in this three part series.

First I need a way to plant fingernails into the soil and grow a fingernail tree. Wait, come back! Please hear the rest of this before you reject my loan application!

So once the science of all of this is figured out I’ll have a garden of well-curated fingernail trees to share with the public. I’m hoping they’ll form in the shape of singular, 20+ feet fingernails. Admission will be free and I’ll let anybody have a nibble on ’em. It will be glorious. Not sure what I’ll do in the off-season though. 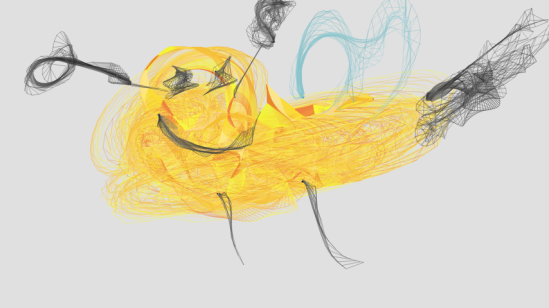 So the list of keywords that the NSA is monitoring major social media sites for was released and can be found here. So the next logical step is to write a story involving as many of these words as possible which will be underlined. Turns out I’ve already hit one. Here we go!

A couple years ago I was at home on the computer when my roommate came in. With a wave he asked what I was up to. I told him I was drinking a Mudslide while playing a game and waiting for my pork to finish cooking with “Police Cops” by Myles Deck and the Fuzz on the record player. I lamented how earlier my drink had a leak and almost ruined my USB dock in an unfortunate incident. Thankfully that disaster was averted before I got an electric shock or something.

“So what game are you playing?”

“Well, it’s this new MMORPG that had a lot of delays to some malware and DDOS attacks, but I’m glad it’s finally out of the closed beta instead of being cancelled. Probably the first MMORPG I’ve played that wasn’t made by Blizzard.” He cocked an eyebrow. “So they had a number of breaches on their server? Are you sure you should be entrusting an info with a company that has such an cyber security problem regarding their infastructure?” I shrugged. “How can I turn down a game called ‘State of Emergency: Drug wars of the Mexicles Radicals‘? It takes place in some Metro area near the Mexico Border. Its version of the ‘Horde vs Alliance’ are the Law Enforcement Authorities and simply the ‘Gang‘. I rolled a Riot enforcer who started with some nice terror-inspiring SWAT gear.” “Neat! How’s the combat?” “Well, it’s all human-to-human so everyone looks kind of the same. It’s mostly balanced, but after a few shootouts using conventional weapons I feel like suicide bombers could use a nerf. They have a suicide attack that hits like a earthquake with all those explosions they always have. It causes so many deaths when used strategically.”

“Oh hey, my swine is done! Anyway, as I was saying there’s this Agro Terror formation that my opponents were using . . . ” “Don’t you mean aggro?” “Did I say agro again? I’m a bit woozy. Anyhoo, there was just so much shooting that I can’t quite recall everything that happened during that gunfight, but before I knew it I was killed in like two minutes. It was frustrating. I like it overall. The violence is entertaining even if the plot is thin. So how was your day?”

My roommate sighed as he recounted his day. “I was at this restaurant for a meeting. I almost missed it due to the sleet and snow. Such extreme weather although you probably didn’t see it with your head in your monitor ha ha. Anyhoo I think I might have gotten food poisoning. Either that or I got some sort of infection. Or maybe I just have the flu. Hopefully that’s all it is, although it’s probably influenza or small pox somehow with my luck.” I laughed. “Or you’re bringing H1N1 back! Actually, apparently there’s a H5N1 now?” Rolling his eyes he continued on through my interruption. “Regardless, I’m sick, I failed to say anything smart during the meeting and on the way out I broke my watch on the doorframe.”

Needless to say I spent the rest of the evening making wild guesses at what virus he was carrying. I’m betting E.Coli myself.

Hey, look at those clouds!

I imagine that having a pet squirrel would be amazing. Like, wouldn’t it be really ticklish and weird if they climbed all over you? And what if you could train them to grab you small things off the top shelf and stuff? That’d be fantastic.

I don’t know exactly how long I have been here but I was perfectly content with continuing to stay . . .

It all started on a rainy Saturday afternoon when I met her. And that’s when I realized that I was there. I was in Love. She wasn’t a very good barista, the coffee wasn’t hot enough and neither was the decor in the place. Love is a pretty mediocre cafe overall I’d say.

For the first twentyish years of my life I enjoyed bacon as much as the next person. I ate platefuls of it at buffets, always had some on hand, put it on everything, etc. I even recall writing a number of stories about developing superpowers about eating the stuff on my older blogs I had as a teen.

Over the years though I just lost the taste for it somehow. Granted, a good deal of that had to do with some health scares. Being exposed to the world’s information led me to learn about the importance of managing one’s fat/sodium intake and although I’m not usually too good at looking after that stuff I generally know enough to stay away from super unhealthy foods. Like bacon. Having a heart condition is probably a good reason to care about that sort of thing.

The main thing that did it for me though was just the constant manufactured love for the stuff everywhere on the internet. Everyone just went on and on about how much they loved the stuff and how they couldn’t live without it. At first it didn’t bother me but then I talked to people I know offline who would constantly go on about all this bacon hype knowing that they rarely (if ever) actually ate the stuff. This constant repetition and false hype about a simple food item eventually just made me never want to even look at the stuff ever again. I’m not generally a fan of humor consisting of being obsessed with a simple object or phrase.

Now please excuse me while I go draw some bees.

I was too busy to draw BEES because I had to put BEE stickers on things but as you can see some of the BEES are actually BEARS.

Seeing as how conventional methods of beating the heat doesn’t work very well for most people, I decided to challenge it directly.

First I tried some simple methods. I began by challenging the heat to a game of “Rock, Paper, Scissors”. Apparently sun beats all three. I tried various board, dice and card games but apparently the heat is just a giant cheaterface who never plays by the rules. Most of the time its strategy is “Do nothing except try to melt your shit and make you pass out”.

My next attempt involved trying to physical heat via acts of violence. I used all kinds of weapons but the heat was everywhere and penetrated everything. I had also learned that explosives only add to the threat instead of eliminating it. Go figure. Out of ideas I then resorted to defiance. I wore my entire wardrobe simultaneously as I took a jog over some flat, empty fields at around one in the afternoon without bringing any supplies and no route planned out.

I just got out of the hospital yesterday and am currently in the planning stages of my next move.