The first thing that should be changed? That art. It’s so . . . Simplistic and childlike. Hire a renowned game artist like Yasuyuki Honne (Chrono Trigger, Xenoblade Chronicles, Baten Kaitos) or someone along those lines to draw us some truly art-defining snakes and a breathtaking atmosphere on the board. Also, new 3D figurines of heroic figures should be included. Monopoly had game pieces back in the 30s, why doesn’t this game have them yet!?

One thing Snakes and Ladders has always lacked was excellent music. Or any music at all really. Let’s get some Nobuo Uematsu up in this shit! Putting your figurine on the staring point starts up some music, and then you trigger increasingly more tense music as you move up the board, etc.

A rebalancing of the game’s ruleset would be pretty nice as well. Like maybe if you go so many spaces without hitting a snake you get a one-use perk. Something along the lines of getting to use a 20-sided die for a single turn or some sort of snake protection for two turns. Maybe you could choose perks and some other things before the game starts and add a little strategy into the mix, y’know?

The following was drawn by a Lolita Fashion group in Halifax. Bees riding things! 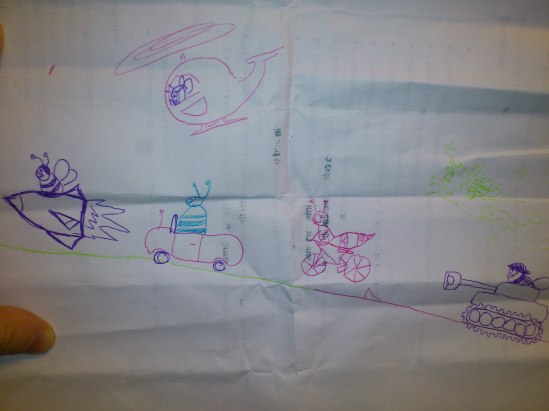 One response to “With all of these HD remakes of games recently, you know what we need? A HD remix of Snakes and Ladders!”